This Forum has been archived 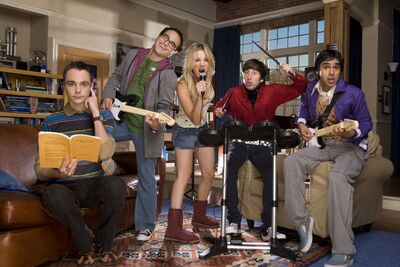 In a recent episode Sheldon reveals to Penny that it's his birthday.  She comments that she never would have picked him as a being a Pisces.  This contradicts Penny's comment in series 1, episode 16 that Sheldon is a Taurus and that she knows this because she did his horoscope.  I love the show but that's uncharacteristically sloppy of the writers I feel.  110.147.173.9 12:52, March 30, 2015 (UTC)

Retrieved from "https://bigbangtheory.fandom.com/wiki/Forum:Sheldon%27s_star_sign%3F?oldid=260049"
Community content is available under CC-BY-SA unless otherwise noted.