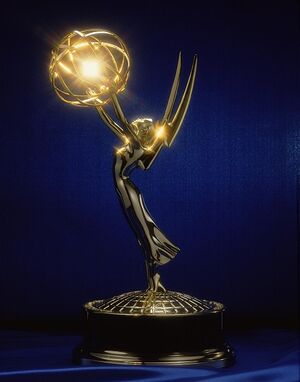 The Big Bang Theory has been nominated for five different awards this year.

The Big Bang Theory was able to walk away with 1 of the 5 nominations:

Retrieved from "https://bigbangtheory.fandom.com/wiki/62nd_Primetime_Emmy_Awards?oldid=268879"
Community content is available under CC-BY-SA unless otherwise noted.