What's on your mind?

If I could make an alternate universe of TBBT, it would be like this:

IMPORTANT NOTE: And with my dislike of Sheldon and Mary growing bigger and bigger after watching the Season 4 finale of Young Sheldon, I’d be happy this time not to have him in the group. Or he should be a semi-main character.

In a set of stories which aren’t comical, I’d have him not in the group. 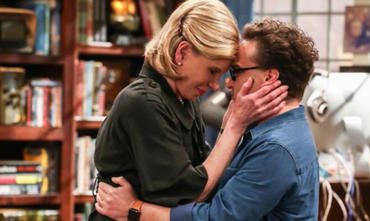 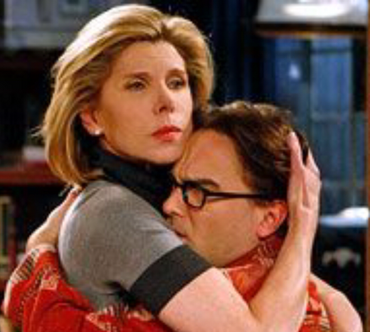 No, it was enough

Hi I am new here! I love TBBT it is one of my all time favourite sitcoms. I have watched it properly once, but I watch when it comes on tv. My favourite character is probably Bernadette or Amy.

I go by Tessa and my pronouns are she/her. You may have seen me on the Harry Potter or Friends Wiki.

Behold what i have created. I made a list of all of Sheldon’s fun facts, all 144 of them timestamped with the season and episodes and including specials from other characters

The first thing to recall is that Stuart was given a recurring part because the fans liked him. It's probably right that he took so long to get a girl. Stuart is a bit of a sad sack and there's a bit of him in lots of people, but he's good hearted.

...and underrated as a person; after all he who answered all the nerdy Star Wars questions fumbled by Mark Hamill as he presided at the wedding of Sheldon and Amy. But, of course as is typical in his life somebody else gets all the credit. But it's good the writers "found" him Denise. (Isn't she slightly taller than Stuart?).

Now let's put this carefully....Stuart couldn't have up with a "Penny" with her great beauty, or brainy Bernadette. and Amy is as dysfunctional as Sheldon when it come to social skills. On the other hand Stuart was the only one to get his own woman. The other's needed "set-ups".

If Penny had not lived across the hall and joined the group would she hooked up with Leonard over a period of years...and even then the attraction was free food. Penny was quite a catch for a guy whose mother had used his testicles as earrings for most of his life!

Penny had to set Bernie with Howard, because of a pact between them.. Sheldon only met Amy, because Howard and Raj registered him with a dating site behind his back as a prank.

Stuart was the only get a woman off his own bat...OK, Denise applied for a job at his comic book store, but he didn't need a go-between to get her. Also Denise had to look like the sort of every-day girl, Stuart would get...and she genuinely respected him.

The writers' of the show always used Aristotelian logic.

Why didn’t Howard and Leonard so bad things to Sheldon after the. Texan theoretical physicist caused damage to them for stupid reasons to which they should’ve ended their friendship with him?

Howard’s recently-got car where Sheldon was naked in it and the itchy sweater that Sheldon made Leonard wear and his body was left red at the end … and we never got to see Leonard’s body okay again!

Why didn’t Howard and Leonard:

The writers are idiots to have written these bits of garbage into the show! They are also idiots to write these storylines, episodes and other things:

I’m doing well with the same problem and

Sheldon mentions his background in the big bang theory, but so different in the prequel

Sheldon sister mentions they had a pet cat, but in the prequel they never did

Many more i belive

Knowing that Leonard had a difficult childhood, I think I’d make a few tiny changes to it.

I know Leonard never celebrated his birthday as a child until when Penny tried to throw him one, so maybe Leonard can sing Happy Birthday to himself on each day.

It’s a shame also that his dad didn’t take him out.

Remembering Leonard saying they didn’t have a tree, they could have had an un-decorated tree. And also spending some Christmases at Leonard’s various aunts(s’), uncle(‘s) and cousin(‘s) homes

It should’ve been stolen back. I completely hate the fact that Beverly made him give it back!

Their are many differences of the two shows

Sister said they have cat but in prequel never had pets but a cat that she said to penny about Rag. needs to put to sleep

Did the writers forget everything he said

The Romance Recalibration
The Emotion Detection Automation
Both of them